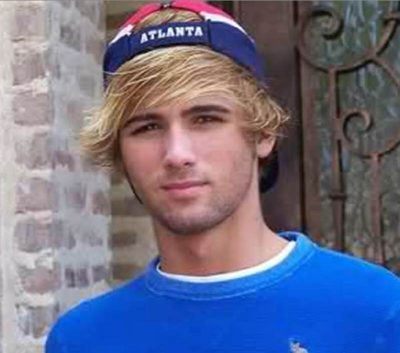 A Brief Intro on Cody Cyrus

Christopher Cody Cyrus familiar for his nickname as Cody Cyrus is the lesser-known member among the Cyrus family. Christopher is mainly well-known for being the eight months older brother of renowned star Miley Cyrus. Though born in the Cyrus family, he only came into limelight through his celebrity family members like Billy Ray Cyrus, Tish Cyrus, Noah Cyrus, and our ‘Smiley’ Miley Cyrus. Miley Cyrus, a marvelous singer, songwriter, and actor has followed by millions of fans and one of the biggest fans among them is her half-brother Cody Cyrus himself. As a big brother and friends too, Chris always supports and loves his sister and her work although some negative comments had passed by her haters. Although he is not that popular in the music field, he is a pure gentleman who keeps struggling to achieve his aims.

Preview on Chris’s early days, he was born on April 8, 1992, in Myrtle Beach, South Carolina, United States of America. Born in the star family, the young and talented boy is American by his Nationality and holds a White Ethnicity. Going deep insights about his early age, Christopher is the first biological child of father Billy Ray Cyrus, a famous musician and actor and mother Kristin Luckey, a beautiful waitress in a South Carolina restaurant. Before meeting Kristin, Billy already divorced with his previous wife Cindy Smith and since June 1991, they had known each other and started dating. Later, the same situations happened, the startling part in the Cyrus family was that Billy Ray was already in relationship and planning for a baby with his future wife Tish though he already had wife Kristin and son Chris. That’s why on November 23, 1992, just eight months later of Christopher birth, Miley Cyrus came into the earth as a baby girl of Father Billy Ray and mom Tish Finley.

Since his childhood days, he was raised and grew up his life with his mother Kristin. Childhood time is the time where everyone needs a mother as well as a father’s love and support. But Chris was not that lucky, he only gets love from his mother’s side. Billy who was a popular musician at that time and already in a relationship with Miley’s mom that’s why he only gave monetary support for his previous wife Kristin and Chris. Frankly, the only thing that Chris got from his dad is the image of being the renowned musician Billy Cyrus eldest son.

Now moving to his educational background, since raised and grew up in South Carolina, he completed his School and High School learning from Myrtle Beach Intermediate School and Forestbrook Middle High School. Later, for studying law course study he enrolled in Law School at the University of Texas. This is all about his educational field. 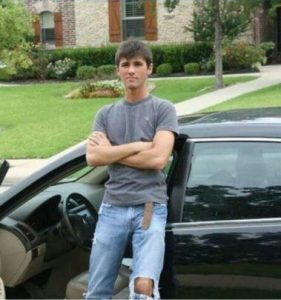 Talking about his achievements, though all the Cyrus family belongs to the music industry, Christopher chose his career in a different field. Let’s take a deep look at his career achievement. As we already stated that he was raised by a single mother and we can feel how difficult it was at that time but his mother never gave up to keep him happy. Chris never felt shy for his work, he even worked at an electronics store where he got $7.5 per hour paycheck. On the other side, his sister had a net worth of almost $200 million. The saddest part in Chris life was, though both Chris and Miley were Billy’s kids Billy always focused more on his daughter’s career.

Though born in the celebs family, he never got too close and good bonding with his other siblings- Miley, Braison and Noah. Briefly talking about his sibling’s career, Braison is a model, Noah, an actress, and Miley we already discussed. Chris always keeps his personal life away and secret from the limelight. That’s why there is no further info about his achievement story.

Interesting Facts about his Personal Life-‘Family’

As we already stated that Chris and Miley both belong to different mother’s kids. However, this brother-sister relationship is beyond words. Though we don’t find them together many times. However, he always gives a positive word towards his sister. For every child to be restraint by his family is one of the painful things but nevertheless, Chris accepted it and lives his life happily with his mother, Kristin.

Talking about Chris and Miley’s relationship, once in an interview with Cody, he talked about his meeting with his sister in November 2007 during Miley’s concert in Fort Worth, Texas. He told that “I met her on a private bus. She doesn’t play the superstar in private. She’s a normal teenager having fun and she can laugh at herself. She’s the same now as she was before all this fame. She’s still my goofy sister. Miley is not a self-obsessed person at all.” He always tells that he is so proud of his sister work and achievements.

Some Glimpse on Cyrus Family

While speaking about the Cyrus family, it’s a little bit confusing in the family line. William Ray Cyrus is known as Billy Cyrus and had already a married man before having a knot with Chris mother Kristin Luckey. Billy and his former wife Cindy Smith doesn’t have any children together. Just after his divorce with Cindy, Billy and Kristin tied up and blessed with a baby boy Christopher. Later he further started dating with Tish Finley and married her in 1993. But interestingly, they already had one baby girl named Miley Cyrus before getting married. However, the love life didn’t last forever. The duo decided to split up and finally got divorced in 2013 with the reason of irreconcilable differences.

As already stated, Chris has altogether three siblings named Miley, Noah and Braison Cyrus. They all are the children of Billy and Tish. After Miley, she got her younger Brother and Sister Braison Cyrus (Born in 1993) and Noah Cyrus (born in 2000). Just like her elder sister Miley Noah took her career in acting and singing. And in 2016, she came up with her first album ‘Make Me Cry’.

How Rich is Christopher Cody Cyrus and his social media presence? 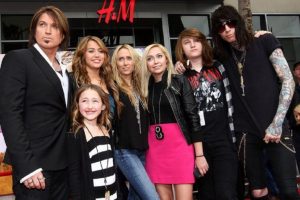 Lastly, speaking about the net worth of known celebrity’s unknown kid and brother, Christopher Cody Cyrus, he keeps success in keeping his personal info under the limelight. Though born in the celebs family, he always got less attention in comparison to his other siblings.  As we already said that the only thing that he got is the image of Celebrity kids and brother. Till today, though he grew up with various challenges, he never blames his family members rather keeps on appreciating them.